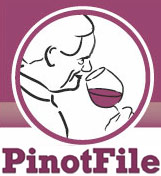 The PinotFile is the first online publication devoted exclusively to Pinot Noir and is a beacon for those seeking to find the best expressions of the noble grape. Dr. William “Rusty” Gaffney, or as he is colloquially known, “The Prince of Pinot,” rates all wines and has become an authority on the grape varietal given his extensive tastings from around the world. West Coast wines tend to be a focus of the publication.

Veteran winemaker Bill Brosseau must have secretly discovered an ancient tome on wine alchemy because he is able to work magic with a geographically diverse range of California vineyards. Two wines stood out for me: the 2019 Sierra Mar Santa Lucia Highlands Pinot Noir and the 2019 La Rinconada Sta. Rita Hills Pinot Noir. Over the years, I have tasted many Pinot Noir wines from these two disparate, established vineyards that were crafted by multiple producers, but Bill’s 2019 versions are the best that I have ever experienced from these two sources. There are several other 2019 Testarossa Pinot Noirs to highly recommend as well.

I am not alone in praising Testarossa wines and the winery has consistently received accolades from the nation’s most well-known wine critics. The lineup of 2019 vintage Pinot Noir wines included in this issue was the first that I have had the opportunity to review.

Bill is not some johnny-come-lately to winemaking, particularly at Testarossa. He is a second-generation Monterey County winegrower who grew up farming grapes and received his technical training at UC Davis. Bill was recruited by a former mentor, Ed Kurtzman, and joined Testarossa Winery as an enologist in 2000, quickly rose to assistant winemaker and by February 2003 had become Director of Winemaking, a position he continues to hold to this day. 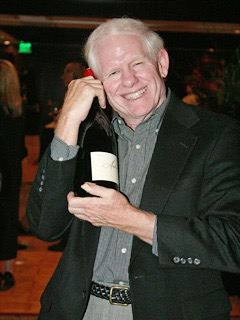 Bill also has his own business, Brosseau Wines, since 2019, sourcing fruit from his family’s estate in the Gabilan Mountain Range located in Monterey County’s Chalone AVA. He is much in demand as a viticultural and winemaking consultant and oversees vineyard farming at both Eden Estate Wines in Saratoga and Black Ridge Vineyards in Los Gatos.

Testarossa Winery was started by proprietors Rob and Diana Jensen in 1993. It was a true Silicon Valley startup that began in the Jensen’s Silicon Valley garage. The winery name, Testarossa, is derived from the Italian word meaning “red-head, a nickname Rob had while a university student in Italy. The turning point in the winery’s history came in 1997 when Rob got a call from Gary Pisoni offering him some Pinot Noir grapes. The rest is history, so to speak.

The winery is located at the historic Novitiate Winery in downtown Los Gatos, functioning as both a working winery and a dramatic setting for visitors. Each year, the Testarossa Winery invests in repairing and improving the old facility.

The most noteworthy finding on style is that all the Pinot Noir wines have excellent acidity infusing the wines with juiciness and brightness as well as quenching finishes. 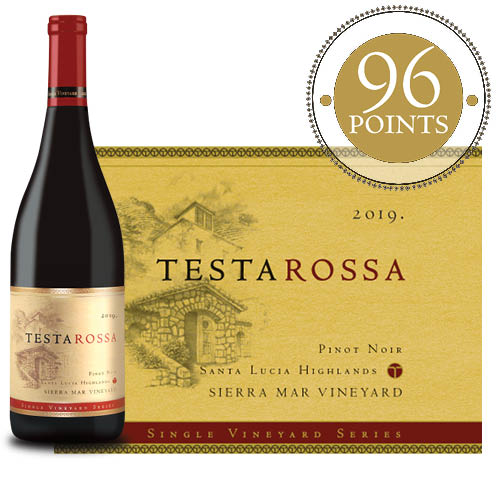 “Moderate garnet color in the glass. an immensely satisfying wine with aromas of cherry, rose petal, spice and clover. A delicious cherry core attacks and soaks the mid palate and lingers what seems like an eternity on the finish. The deep Bing cherry goodness is accented with flavors of strawberry, red raspberry and cardamom spice. Seamless in texture with impeccable harmony. Even more striking when tasted the following day from a previously opened bottle. The best Sierra Mar Pinot Noir among many that I have tasted through the years. Flat out great.” Rusty Gaffney, The PinotFile 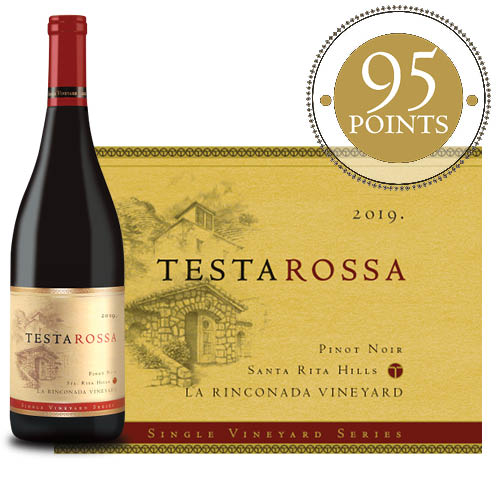 “Moderate garnet color in the glass. Soaring aromas of blackberry fruit, dark rose petal and wine cave. An exceptional wine with midweight flavors of black cherry and blueberry-pomegranate accented with welcome spice. Quite forward and giving with impressive purity of Pinot extract and gracious balance. There is a hint of earthiness that I find common in Pinot Noir from this vineyard. Even better when tasted several hours later and the following day from a previously opened bottle. The best La Rinconada Pinot Noir I have ever tasted.” Rusty Gaffney, The PinotFile 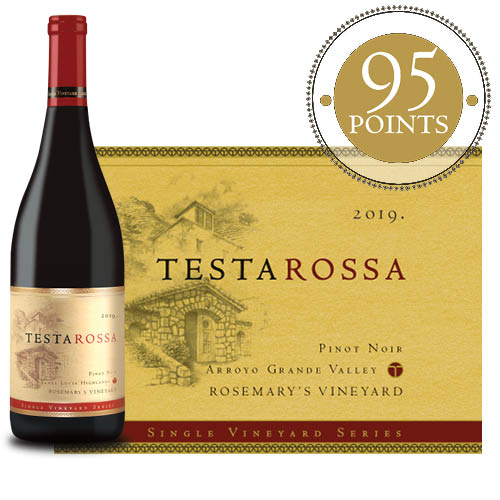 “Dark garnet color in the glass. Shy but pleasing aromas of black cherry, terra-cotta, underbrush and slight toasty oak. Extremely engaging on the palate with a flourish of sappy dark cherry, black raspberry and blackberry fruit flavors. Clearly a special wine that is appealingly rich yet welcoming with complimentary tannins and a very long finish. This wine hits all the bass notes typical of the Wädenswil 2A clone.” Rusty Gaffney, The PinotFile 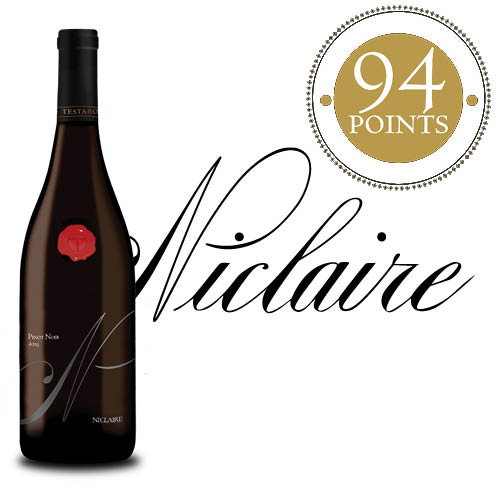 “Moderately dark garnet color in the glass. Enticing aromas of dusty rose, Bing cherry, black raspberry coulis, vanilla and toasty oak. Long on the palate and finish, offering middleweight flavors of blueberry and blackberry. Very polished with modest tannins and a compliment of oak. This wine taps into all the pleasure centers now but is still somewhat gruff and closed. Better when sampled the following day from a previously opened and recorked bottle showing more sweet Pinot fruit and an explosive, very long finish. This wine reminded me of the 2019 Rosemary’s Vineyard bottling.” Rusty Gaffney, The PinotFile 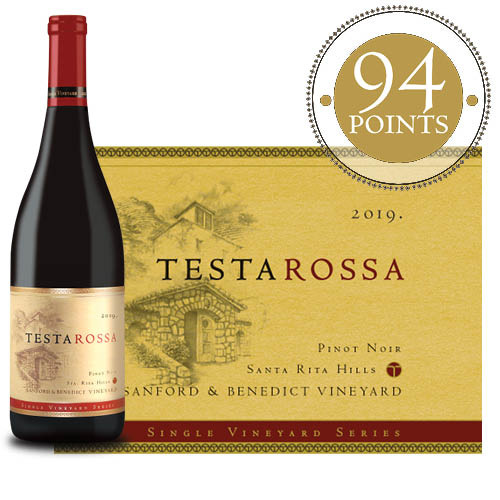 “Moderately dark garnet color in the glass. Aromas of dark cherry and baking spice pick up intensity over time in the glass. A very comforting, velvety mouthfeel creates a favorable initial impression. Mid-weight flavors of cherry and raspberry are accompanied by a thread of citrus in the background. Acid driven freshness and vibrancy add to the appeal. The finish is persistent and quenching.” Rusty Gaffney, The PinotFile 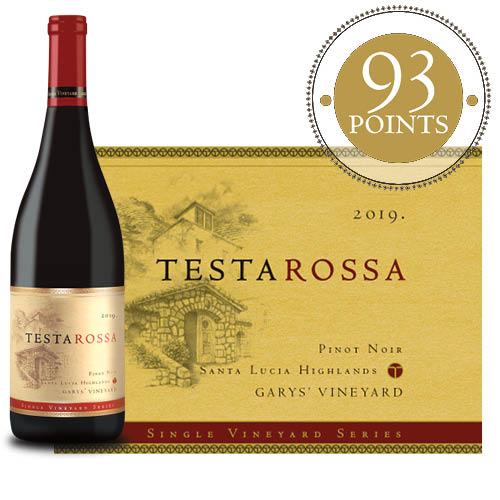 “Moderate garnet color in the glass. Nicely composed perfume with scents of cherry, red grape, red rose petal and peppery herbs. Light to mid-weight in style with a glorious charge of vivid, spicy black cherry fruit. Amazingly long in the mouth and on the generous finish. Very polished with enviable harmony. At this stage, the palate far exceeds the nose in allure.” Rusty Gaffney, The PinotFile 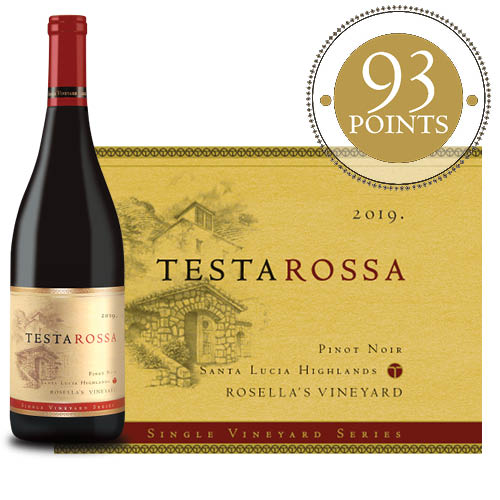 “Moderate garnet color in the glass. Reserved aroma of dusty cherry leads to a middleweight styled wine with dark cherry and boysenberry fruit flavors that stick to the palate. Elegant in manner with good harmony and noticeable persistence on the pleasing spiceendowed finish.” Rusty Gaffney, The PinotFile 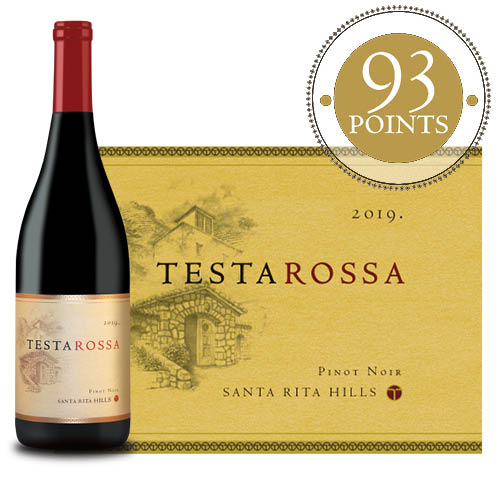 “Moderate garnet color in the glass. Very alluring nose featuring scents of black cherry, black raspberry, baking spices and wine cave. Fresh and juicy with an arrow of acidity complimenting the mid-weight core of cherry, raspberry and exotic spice flavors. Easygoing tannins and quite lengthy on the finish. An impressive expression of the Sta. Rita Hills AVA.” Rusty Gaffney, The PinotFile