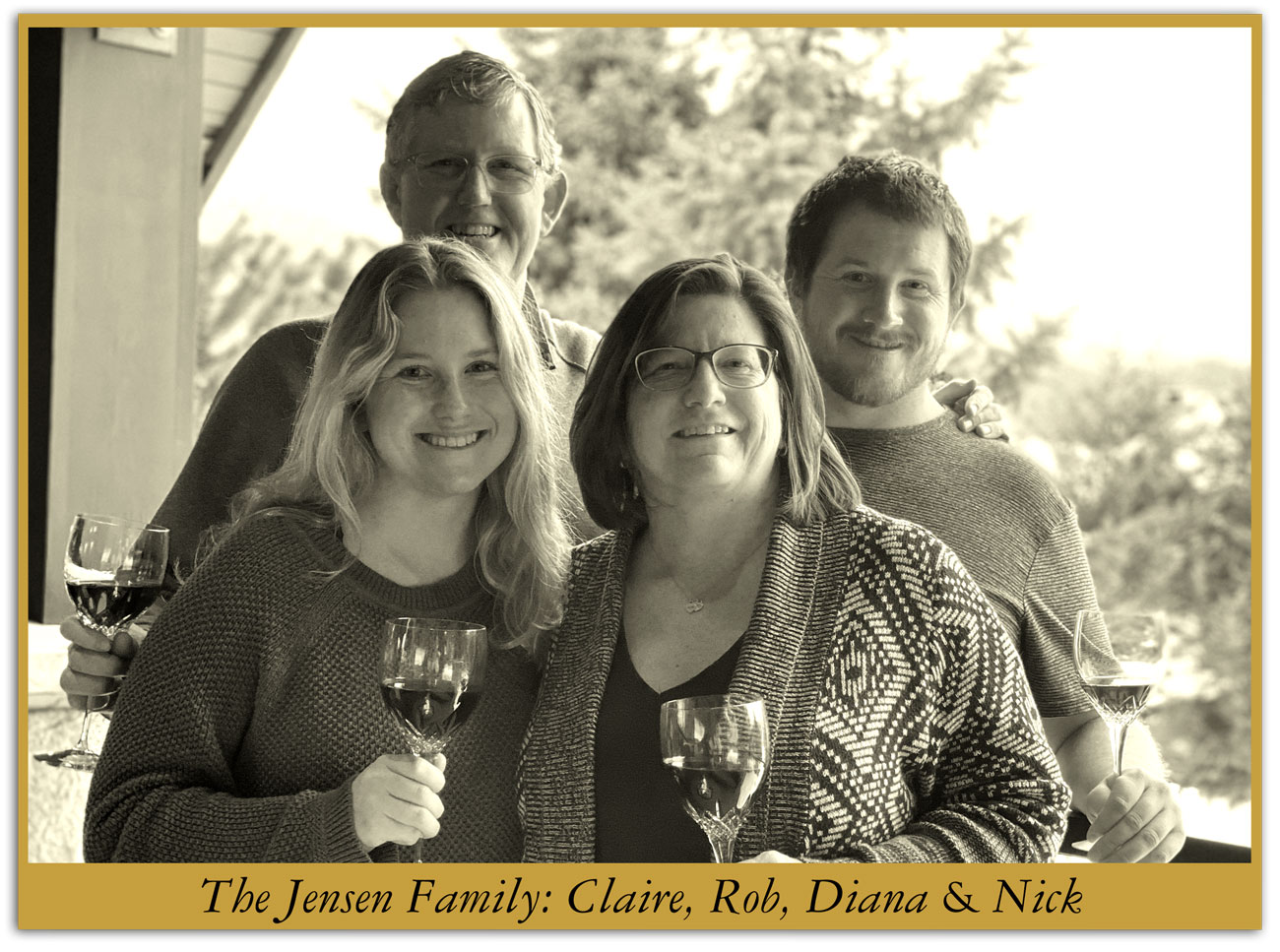 Testarossa Winery is the quintessential Silicon Valley start-up story. Rob and Diana Jensen started making wine in their Sunnyvale garage in 1993 as a weekend hobby. They met while Electrical Engineering students at Santa Clara University, and both went on to pursue careers in high tech. Not long after starting their winemaking hobby, they both realized that that was how they wanted to spend their time.

Diana left her career in the semiconductor industry in 1994 when they made their first commercial vintage of about 200 cases of Chardonnay and Pinot Noir. After making three vintages at another local winery, they moved their production to the Historic Novitiate Winery in Los Gatos in 1997.

The Novitiate Winery was originally built in 1888 by Jesuit Fathers and Brothers from Santa Clara College (now Santa Clara University); it was intended to help fund their new seminary college, built on the grounds the same year. The Jesuits made wine for nearly 100 years in the original three-floor, gravity-flow winery that Testarossa now uses to make their small lot Chardonnays, Pinot Noirs and Cabernet Sauvignons.

Every year, Testarossa Winery invests in repairing and improving the proud old facility. Today, the historic winery has been beautifully renovated into one of the gems of the California wine industry.

In addition to winning Best in Silicon Valley in multiple categories for several years in a row, in January 2020 Connoisseur’s Guide to California Wine named Testarossa their Winery of the Year and in January 2021 rated Testarossa’s 2018 Diana’s Chardonnay as their top white wine of the year out of all the wines they rated.

With every glass poured and with every person welcomed, Testarossa Winery embraces its core values of teamwork, dedication, equality, sustainability and excellence. From the minute anyone enters the property, whether employee, guest or vendor, they are greeted with these values and with gratitude.