Skip to content
Home/Homepage, Wine Club News/What is a grape clone and why does it matter?

What is a grape clone and why does it matter? 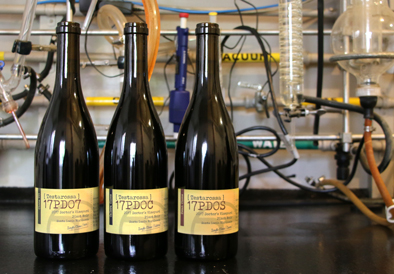 As we release our 2017 Testarossa Doctor’s Vineyard Pinot Noir Single Clone wines, the latest in our “Testarossa Works” series, I wanted to dive into the conversation about clones.  The wines in this 3-pack release are extremely limited production bottlings designed to give you an insight into the inner workings of our winery’s production team and the experimentation that goes on in our historic cellars.

What is a clone?

Grape vines can propagate in two ways. The first is by sexual reproduction, where two parent plants combine genetic material to create a seed, which is then germinated, and then grows into a vine.

The second method is by asexual or vegetative reproduction, in which a cutting is taken from a single parent plant and grafted onto existing rootstock. These new vines, being genetically identical (clones) to the mother vine they were cut from, will exhibit similar desired characteristics to those mother vines. However, as time passes, these new vines can develop their own unique characteristics through spontaneous mutation (mysterious!), unique responses to their planting site, general vine evolution, or reaction to viral disease.

This last one is important – viral diseases can often take significant time to make their appearance known in vineyards, and during that time a grape vine will naturally try to fight off the attack, altering itself in the process. Surviving vines can be cleaned of infection and further propagated for their increased resistance to a particular malady.

When a Pinot Noir planting shows new, distinct characteristics from its mother clone, it can be submitted as a new, distinct clone. These differences can be minor, as long as they are consistent. The older and more widely planted a grape varietal, the more clones exist. Pinot Noir, as one of the oldest and most widely cultivated red wine grapes, has the most clonal diversity in the world of wine.

Why do winegrowers and winemakers use clones?

As mentioned before, winegrowers often select clones when planting or re-grafting vineyards for their resistance to certain vineyard diseases. There are many other reasons why a winegrower might select a certain clone to plant, including but not limited to the following: 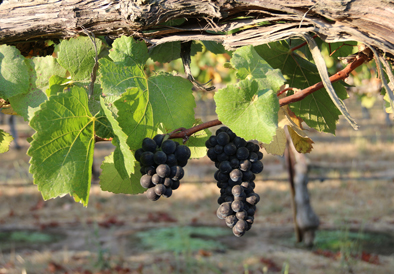 When a grower has a vine or section of vines that performs well, he or she might choose to further propagate those vines in the next planting or re-grafting cycle in order to develop those desirable characteristics. In time, if those vines develop distinct desirable qualities, they can be named as a new clone. Hence, the proliferation of clones named after wineries; e.g. Mt. Eden, Calera, Swan and more.

Clones can also help growers produce fruit with desired flavor, aroma and structural components, such as these examples:

At Testarossa, each clone is harvested, sorted, fermented and barreled separately before being carefully blended by Bill Brosseau and the our winemaking team to produce a balanced, delicious wine, true to each vineyard’s character, with every vintage.

To help illustrate this process, we bottled three distinct clones of Pinot Noir from the 2017 vintage at Doctor’s Vineyard, one of the most clonally diverse vineyards in the Santa Lucia Highlands.

Some stories list the Calera clone as one of the original “suitcase clones,” having been cut and secretly imported from vineyards at Domaine de la Romanee-Conti, widely considered the greatest Pinot Noir estate in the world and also where Calera founder Josh Jensen (no relation to Rob) apprenticed.  Other stories claim that the budwood was cut from nearby Chalone Vineyard (next door to Brosseau Vineyard), which was itself rumored to have been planted from cuttings from the Romanée-Conti and Vosne-Romanée sites.

The Calera clone is characterized by its low yields, high but juicy acidity, and a distinct minerality.

“Deep red hue. Brilliant scents of ripe cranberries, boysenberry, maraschino cherry, roasted strawberry, jasmine, and anise round out this hedonistic wine. Once on the palate, flavors of ripe cranberries, cherries, and orange come into focus. With a deep, warming, and plush texture, the bright acidity maintains freshness and segues to an intricate, delicate, and persistent finish. Enjoy now through 2027.”
~ Bill Brosseau, Testarossa Director of Winemaking

The Swan clone is another mysterious “suitcase clone” with an even hazier provenance story than Calera. Named for Pinot Noir pioneer Joseph Swan, it was originally planted in the Russian River Valley when Swan budded over his Forestville Zinfandel vineyard to Pinot and Chardonnay on the advice of André Tchelistcheff in the late 1960s and early 1970s.

Cuttings of Swan’s vineyard spread rapidly throughout the area, and in 1996 the Swan clone was officially recognized by UC Davis and named UCD97. However, some research seems to indicate that the Swan clone submitted for official approval could actually be traced to an experimental vineyard in Oakville, planted in 1959 by Martin Ray with cuttings from the vineyard planted by Paul Masson on Mount Eden in Saratoga.

Those cuttings are alleged to also have been smuggled out of Domaine de la Romanée-Conti (DRC). Everything seems to lead back to DRC, doesn’t it? Due to the mystery of this clone’s provenance, it might actually more correctly be defined as a “selection” rather than a true “clone,” but that’s a topic for another day.

The Swan clone is known for producing small clusters of Pinot noir with varying size berries. The resulting wine tends to be lighter in color, with an intense aromatic profile of bright fruits, flowers and a distinctive spiciness.

“Medium dark red hue. This elegant Pinot Noir opens up with qualities of pomegranate, cherry cola, violets, jasmine, and rose petal. While concentrated in the nose with floral notes, this wine delivers enjoyable tastes of cranberry, pomegranate, lemon-zest, and orange. With soft, supple tannins, the acidity of this wine is vibrant, giving way to a firm and youthful end to this clonal selection. Enjoy now through 2025.”
~ Bill Brosseau, Testarossa Director of Winemaking

The 777 clone is one of the famed “Dijon clones,” which were developed in France in the 1960s as a reaction to wide viral infestation in Burgundy’s Chardonnay and Pinot Noir vineyards. They received their name because they were sent to the United States in the 1980s by the Office National Interprofessional des Vins, located in Dijon, France. In fact, most of the famous Dijon clones were cut from Domaine Ponsot’s famed Clos de la Roche vineyard in Morey St. Denis, about half an hour south of Dijon itself.

The 777 clone is known for its intensely dark fruit and earthy flavor profile, as well as a rich, velvety texture. Small berries produce deeply colored wines with ample tannins.

This is just the tip of the iceberg when it comes to discussing grape clones, but hopefully it illustrates the vast array of possibilities available to winegrowers and winemakers, and shines a light onto the hard work, decision making, and attention to detail that occurs in our vineyards and cellars to produce the best possible wines from our vineyard sites.