Skip to content
Home/Homepage, Press/Testarossa Winery is Selected as Winery of the Year (Press Release)

Testarossa Winery is Selected as Winery of the Year (Press Release)

Testarossa Winery is Selected as Winery of the Year

Connoisseurs’ Guide to California Wine has selected Testarossa Winery as its 2019 Winery of the Year
LOS GATOS, CA (January 9, 2020) 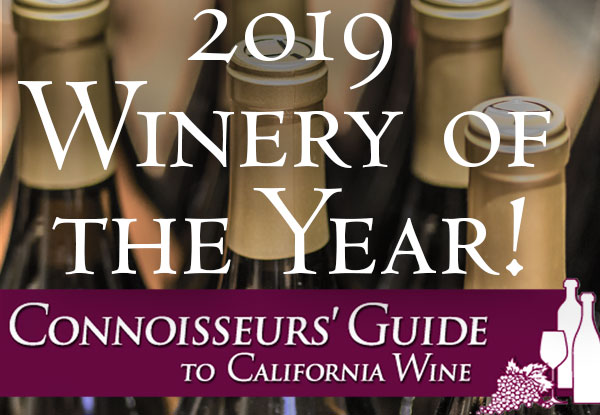 Housed in the historic old Novitiate Winery in the hills of Los Gatos, Testarossa has long been a favorite in the pages of CGCW since its founding in 1993 and has consistently impressed with its wide-ranging collection of single-site Chardonnays and Pinot Noirs drawn from many of the state’s finest vineyards from Santa Barbara County to the Russian River Valley. 2019 saw eighteen different bottlings of each making their ways to our table and included a pair of Cabernet Sauvignons for good measure. Three wines were awarded three stars and a dozen received two with another eighteen checking in with one-star endorsement: a remarkable performance by any standard and one that easily wins Testarossa top honors as our “Winery of the Year.”

The wine landscape has changed significantly in the past decade with more than 12,000 wineries currently in North America and almost half of those residing in California.  CGCW reviews more than 2,000 wineries per year.  In addition to the Winery of the Year honor, Editor Stephen Eliot also selected Testarossa’s 2017 Niclaire Pinot Noir as one of his top 10 wines of the year and Co-Editor Charles Olken included Testarossa’s 2017 Diana’s Chardonnay as one of his top 10 wines of 2019. In addition to the top 10 accolades for Testarossa’s Diana’s Chardonnay and Niclaire Pinot Noir were individual wines including Joseph Phelps Insignia, Paul Hobbs Nathan Coombs Cabernet Franc, Kistler Laguna Vineyard Chardonnay and Diamond Creek’s Red Rock Terrace Cabernet Sauvignon.

“When Diana and I first started seriously enjoying wines 30 years ago and began researching which were the best California wines to buy, Connoisseurs’ Guide to California Wines’ reviews were always the gold standard for what we bought.  If the editors loved a wine, we knew we would love it too.  Consequently, this honor gives us even more pride that our favorite publication would bestow such an amazing honor on our family owned and operated winery based here in Los Gatos,” said Rob Jensen, proprietor of Testarossa Winery.

Testarossa currently has more than 175 acres of grapes under contract, the majority of which come from Monterey, Santa Barbara, and the Santa Cruz Mountains. Director of Winemaking, Bill Brosseau, has been at Testarossa for more than 20 years insuring the consistent quality. The portfolio receives outstanding scores from the most prestigious wine critics making it the Country’s Most Outstanding Wine Club with more than 1,250 90+ point scores.

Testarossa Winery is located in the historic Novitiate in downtown Los Gatos and is one of the oldest continuously operating wineries in California. Rob and Diana Jensen started Testarossa in their Silicon Valley garage in 1993 with just twenty-five cases of wine. Today, the winery has grown to national prominence working closely with top winegrowers in the Santa Lucia Highlands, Santa Rita Hills, and Santa Cruz Mountains. Testarossa plays host to hundreds of social and corporate events each year including business events, conferences, weddings and private parties. For more information visit Testarossa.com.